Last Saturday, July 31st, died Valencian professional pilotaire Paco Cabanes (El Genovés, 1954-2021), aged 66. Had he been a superhero, his epitaph could well be: «He was the best there was at what he did, and what he did was playing pilota». Indeed, he was a super-man. Our contemporary sports hero. In fact, he will usually be compared to either two of the world’s greatest Argentinian football players, but if you, as me, are not into socccer at all, such comparison is not only useless, but also pointless. Playing on a whole different league, he was like Paul Gunner Brady to Gaelic handball, or Léon Casaert to Walloon djeu d’balle, or I am unsure whether there is consensus of an all-time Basque #1 pilotari.

Yet, then again, as you may not know any of these names, neither which sport are we actually adressing, we should start with a general explanation. For we are not talking about olympic, modern handball, but actually classic handball, as being practiced around the world under names as English fives, Frisian kaatsen, Italian palla-pugno or pelota in Castilian-speaking countries like Cuba, Ecuador or Venezuela. If you remember t¡your French Revolution lessons, a meeting was held at a jeu de paume court in Paris: nowadays, hitting a stone-sized cloth ball with a gloved hand is no more a popular entertainment in most of France, but it still is at Picardie, Occitany or the Basque countries, although the latter two might favor hitting the ball with a basket or a tambourine.

Actually, the history of our handball dates back much earlier, therefore well deserving the moniker of classic handball we previously used: evolving from a medieval entertainment practiced by noblemen which would eventually be adopted by the townsfolk as a popular game and gain federated sport status by the end of the 20th century, its origins can be traced to as early as classical Greece. In the 1990’s, while presiding over the Valencian Pilota Federation, architect and poet Víctor Iñúrria made a long, lasting effort to secure an official copy of an ancient Greek frise depicting three athletes hitting such type of ball. Since then, a downscaled reproduction of this untimely artwork is awarded to the winners of the one-on-one yearly competitions in the land of Valencia. And Paco, who was billed as Genovés after his hometown, following tradition, won such award three times out ot five, being the second most-winner of all time. The last time he achieved such feat was on June 9, 1995, on a hot, televised afternoon dubbed «the game of the century», according to his biographer, Toni Mollà: Genovés, aged 40 by then, was about to retire but reached the final against all odds, as did the other contestant, newcomer Álvaro from Faura, twenty years younger. Over time, Álvaro would win eleven times this tournament, making him the still-unbeaten individual champion he is, but lost his first one against a man considered the best player of all times, no less.

Paco’s career had started many years ago to that evening, in the mid-70’s: coming from a small town near Xàtiva where traditionally all men where either plasterers, pilotaires or both, he started playing raspot, one of the two professional disciplines of many what fall under the category of Valencian pilota, in which the ball can run on the floor. On all other modalities, only a bounce is permitted before being hit by each contender: of these, the main, most wide-spreaded geographically is escala i corda («steps and rope»), a speedy, visually-enticing modality devised in 1910 by Nel from Murla, favoring the overhead hits, which have to fly the ball over a very narrow net (originally just a rope, hence the name), unlike those of tennis or volleyball.

But what about the steps? Official pilota games are sometimes played on the street, but pro competitions take place in a special courts called trinquets: traditionally adhered to a bar, where locals can drink or eat or play cards, a trinquet is an average 50×20 tunnel with high walls and, in older facilities, no ceiling, so subject to weather or daylight. About a third of the court is taken by the aforementioned steps, making the field uneven and permitting the audience to be a part of the game, although you are supposed to avoid the ball rather than try stopping it, or you could be accused of interfering in the outcome: «Kid, don’t stop watching the ball!» is the first piece of advice you get from the seasoned men (the cathedra, as they used to be called) when sitting at the dreaded steps or even under the net, in the middle of the playing field. So it is not unlikely to get hit by a rogue ball: some few people even lost an eye or, like my mate Sergi Durbà sitting once next to me, he had to get some stitching on his head. He shouldn’t have stopped watching the ball.

It is at this particular game that our well-sung hero, Paco, excelled: by the time he gave up raspot (nowadays best known as raspall) and, eventually, his full-time work as a plasterer, the ancient game of pilota languished under Francoist regime, although in the 20th Century it had experienced a bit of a revival thanks to Nel’s foreseeing, thanks to figures (aces, referring to all players, who would not become full-time professionals until the 21st Century) such as Quart, Juliet, Llíria or Xatet, all nicknamed after their respective hometowns or ancestors. Enter a «kid from El Genovés» in the late 70’s, aged twenty-something, and word spread there was a youngster capable of delivering blows with an otherworldly easiness, capable of making first-billing veterans Rovellet or Eusebio sweat their income. In a few years, during most of the 1980 decade, Genovés —no longer a kid, although most of the audience being old farts, it is no wonder they billed any newcomer «the kid from wherever»— reigned supreme and no one could stand up to his powers.

Indeed, he was the game-changer: when competing in teams, players are distributed according to each one’s value, so games of two against three are common practice. Genovés was so unbeatable, trinqueters (trinket owners, also charged with organizing every weekly game) had to pair him with a «broom», meaning a much less apt helper and, even so, he would put up much of a fight: his usual partner was his older brother Pepe, sometimes announced as Genovés II, who wasn’t as skilled but served as a valuable mitger, warning Paco at his back on the direction of the incoming projectiles so he could prepare the blow; for a couple of seasons, the powers that be ordered Paco to play in the middle position with the more able Puchol from Vinalesa, but Genovés would keep stealing the spotlight. He even participated in special «defies» in which he could only use his left hand, was prevented from returning the ball too high or had to carry a chair on one arm while playing. And he always won. Until 1992, when he lost his sixth individual final against his long-time fellow Enric Sarasol. It would take roughly four years and another three finals to retire him.

He quit with honors, having won every conceivable tournament or challenge they thought of for him. And, although there were times he was at odds with some of the organizers, everyone acknowledged Paco was the greatest and, probably, unmatched in all the history of this sport, past and future. Even the management of «the Cathedral of escala i corda» , Pelayo trinket,—arguably the oldest active sports court in Europe, as published by The Guardian— forgot all past quarries regarding rules and included his portrait in a best of the best gallery presiding above the main stage, alongside the likes of Nel, Quart, Juliet and Rovellet. The latter, many years his senior and one of his closest friends, confirmed he was not only the greatest player he had known, but also the nicest person. He even excelled at keeping showing up at any game or even a private training, counseling players, hanging with the fans —pretty much anyone in a trinket—, inviting any talking partner to a drink (funny enough, his favourite liquor was by the make Tenis).

Likely we won’t get another Genovés in a hundred years, but that doesn’t mean we won’t go unamused: his one-time adversary Álvaro delivered many further evenings of joy before calling it quits on 2015, some of the best against Paco’s eldest son, Jose Genovés II, who is still alive and kicking as of 2021; Soro III and Puchol II are other active figures coming from respectable kinships. Regarding raspall, Waldo from Oliva (ten times singles’ winner) passed the torch to young Moltó from Barxeta, who has found in younger Tonet IV (also From El Genovés, and like a stepson to Paco) his most fierce contender; other seasoned raspallers like Canari from Xeraco or Ian from Senyera may have to give way to up and coming stars like Vercher, Vicent or Salelles II. And women like Elvira, Saraseta or Anna from Borbotó paved the way for girls to become interested in what has been a man-only sport well until this century, with Victòria, Mar and sisters Anna and Noèlia from Beniparrell sharing the spotlight at every female final these past years. 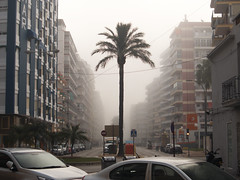 This is a text widget. The Text Widget allows you to add text or HTML to your sidebar. You can use a text widget to display text, links, images, HTML, or a combination of these. Edit them in the Widget section of the Customizer.
A %d bloguers els agrada això: